Back in the day, both sets of my grandparents, newly married, attended a missionary revival meeting in their native Dover, Delaware. The preacher was fiery, and the call ignited in their hearts. At the end of the week, they packed their meager belongings in caskets and sailed with the tide.

All four of them succumbed to disease before they’d learned the language, seen the first convert, or had children of their own.

I know what you’re thinking: “Hey, wait a minute, Buddy! They didn’t really pack their stuff in coffins!” You’re right, they had Samsonite like everyone else (sans wheels, though!)

Of course, this story is not true. But it hearkens back to the day I imagine mobilizing for missions was simpler, more direct, with a much shorter on-ramp. “The Bible says it! The heathen need it! Let’s do it!” That must have been nice.

The Teacher in Ecclesiastes 7 says, “Do not say, ‘Why were the old days better than these?’ For it is not wise to ask such questions.” I suppose he’s right, the grumpy old man!

But I’d rather ask this question anyway: If someone who loves Jesus hears a kind and thoughtful invitation to devote their life to cross-cultural work in another country, what are some of the most common hurdles that will quickly emerge in their minds?

My personal data may be tainted by the years I’ve spent pondering this. So I reached out to friends on Facebook. See the post. Many generously responded. No question is perfect and mine may have missed by a mile, but aside from those trying to correct it, the responses are helpful and provide a window into how people see the invitation to join God in his global purposes.

The reasons may seem familiar. Luke mentions some of them when listing responses Jesus heard when he said, “Follow me.” Mobilizer extraordinaire Todd Ahrend says he has heard some of the same excuses going from campus to campus over the years.

My Facebook friends don’t reflect everyone, but they’re probably a good cross-section of churchgoers in the U.S. If you ask your average “pal in the pew” to consider becoming a missionary, odds are good a negative response will be undergirded by some combo of these 13 reasons.

This touches me deeply. One friend said, “Well, I tried and the church wouldn’t send me, so.” Of course, there are some candidates even the most wild-eyed mobilizer wouldn’t want to endorse. People living a double life. People who don’t know the Bible from a beanstalk. But I wonder sometimes if our bar is set too high and our categories too stringent.

An easy excuse? Possibly. But it’s also a reality for many. There is no “wayback machine” on marriage, so let’s be careful not to water seeds of discontent.

It can be crazy hard to imagine taking kids into another, often poorer, culture. I’ve been there. One friend said, we “decided we will wait until our kids graduate.” On the flip side, there’s a long list of benefits to taking kids to other cultures. But to be honest, the benefits are paid for in tons of work and no small amount of risk.

4. What about my family?

One friend imagined “the guilt of taking my toddler away from both sets of grandparents who waited so long to experience this role and close relationship.” Another shared how she served as the main caretaker for an aging parent. Jesus talked about loving him more than family, but also had things to say about honoring those so close to us.

“I grew up being told I was worthless.” Though buried deep, that shame still manages to exert a sneaky influence on us. Alternatively, we recognize capacity in our lives but have concluded it’s not what’s needed for mission work. We’re not very spiritual. We don’t know the Bible like Beth Moore. Try as we might, we struggle to be kind and good.

This used to be a better excuse than it is today. Old people rock in many parts of the Muslim world. But old people are often tired people. I get that, though surely not as well as I’ll get it in ten years. And let’s be honest, “old” is not entirely based on chronology. There must be a dozen other factors determining our “oldness.”

7. My health issues say no.

From chronic disease to food intolerance, many of us struggle with situations that would be exponentially more difficult and embarrassing to deal with in a different culture. The world’s getting friendlier in this regard, but challenges remain.

8. I’m not going to raise support.

Ah, this is a classic one, isn’t it? Usually, it can be cloaked in one of the reasons above, but some are as honest as my good bud who said, “Fundraising makes it a non-starter for me.” For most of us reading this, support raising is still intrinsically a part of missions. And it’s still painful for most of us.

The second classic! I love how an uber-cool pastor friend of mine responds to this, “It isn’t the only way to serve God and his Great Commission. Don’t wait for some magical call. Rather, I would say that every believer should give themselves completely to the Lord and his authority and his biblical callings and get fully engaged in God’s kingdom project. Then see where he leads you, wherever that might be, even if it means staying where you are or going overseas.”

It’s hard not to be zealous when you really want to see the Great Commission completed. But it’s true: God doesn’t call everyone to be a missionary to the unengaged. While we all should hold our vision and assignment with open hands, we mobilizers should not be guilty of dissing everything that’s not our thing.

11. Better to support and pray for indigenous workers.

There’s data to support this idea. But there’s also a big God who can use anyone anywhere and seems to find fun in doing so.

12. Everywhere is a mission field.

Missionaries earn a special badge for keeping their smiles on when a pastor follows their message with, “But really we’re all missionaries in our homes, neighborhoods, and workplaces.” We dare not deny God is at work all over, using his followers in a myriad of ways. That said, I love what my friend Jay asserts: “The mission field is foreign, cross-cultural work. It’s difficult and taxing work, unique work, sacrificial work. I think we dishonor those cross-cultural workers when we don’t distinguish their work from Christian work in one’s own culture.”

13. I don’t love people enough to make that sacrifice.

I appreciate this honesty. How many of us value comfort and security over the riskiness of following Jesus into unknown territory? Most, I suppose. Let’s be honest about it. Without condemning, let’s take a deep, long look, allowing the grace of a good God to do its work on our guarded souls.

I’d love to hear what you’d add to this list. You’ve most likely heard (and used?!) additional reasons.

Finally, to be clear: I don’t mean to mock anyone for feeling and thinking what they do. I don’t know their path. I have no idea, usually, of the battles raging behind the shield of their church smile.

But I do want to change a few minds and open up the possibilities.

To that end, I need to understand and connect. As Brené Brown reminds us in this cute, but potent little riff on empathy, being next to someone in their hassles, issues, and excuses spawns connection.

May God give us grace to:

This post written by Shane Bennett and originally posted at https://missionscatalyst.net/?p=9899, and is republished with permission from Missions Catalyst.

Photo by Nadine Shaabana on Unsplash. 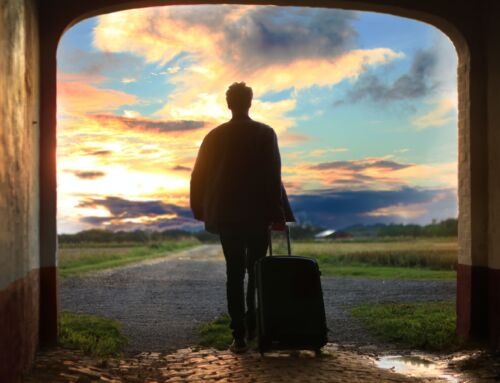 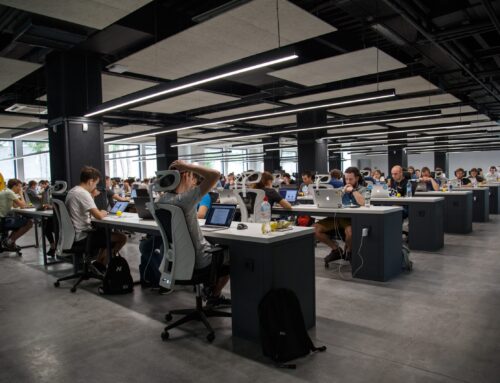